How to make a dart with double faced wool fabric

Now I'm going to show you how I made the shoulder darts on my double faced wool cape. In order to understand this tutorial you may have to read my previous one, on how to make a basic seam with double faced wool.

1. So here's how the dart is marked on my pattern piece.
You can see my bright yellow basting stitch, 3cm from the edge and the dart
marked on the fabric with heat disappearing marker.
The space between the dart markings is going to fold inwards,
so using the directions on my previous tutorial,
machine baste, parallel to the dart, half distance the space between the top of the dart.
So if the top of the dart is 2cm, baste at 1cm parallel the dart. 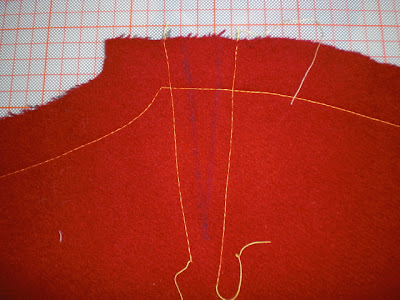 2. Cut right in the middle of the dart, stopping a couple of cm before it's point. 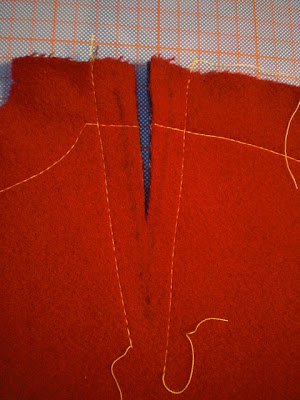 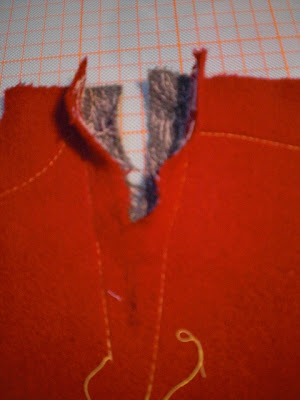 4. Fold  the edges inwards and finger press.
I avoided stream pressing because my markings would disappear,
since I used a heat sensitive marker.

Now start to sew the dart closed.
Use drawstitch for the cut part and  catch with your needle the marked edges all the way to the point.
Repeat the same process for the other side too. 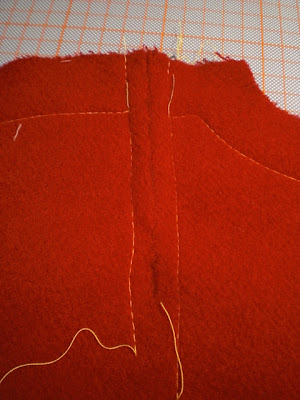 I know it doesn't look very good now, but after it's pressed 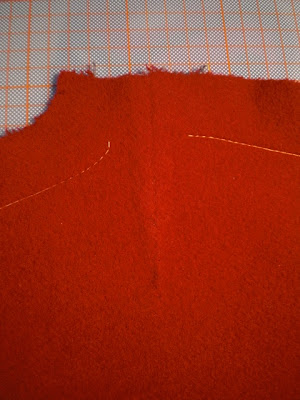 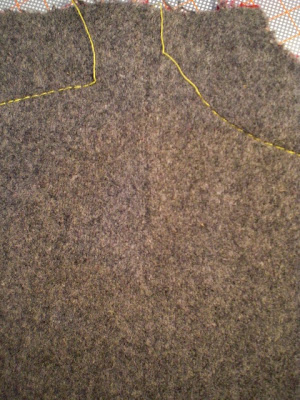 You can barely see there's a dart on the grey side.
Unfortunately the red one shows more, but still it's very unnoticeable.

Next : How to make buttonholes on double faced wool

See you around
Maria

My sources of inspiration